Astronomers have discovered the biggest explosion in the universe 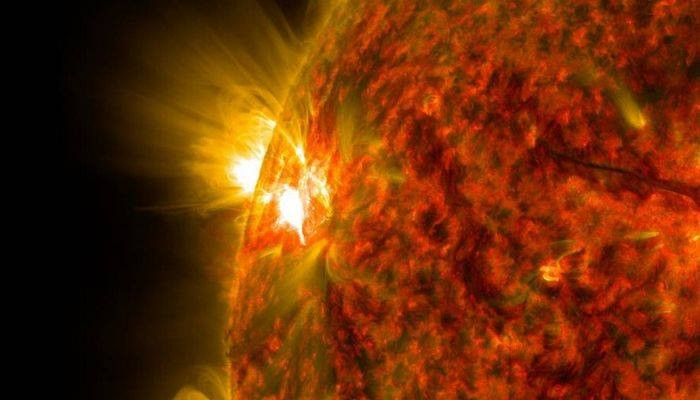 Astronomers have discovered the biggest explosion we have ever seen. They spotted the remnants of this blast in a distant galaxy, using some of the most powerful telescopes we have, including NASA’s Chandra X-ray Observatory and the Murchison Widefield Array in Australia.
The observations revealed a strange void at the centre of a huge galaxy about 390 million light years away in the Ophiuchus galaxy cluster. The space inside that void is seething with radio waves, which come from electrons accelerated almost to the speed of light.
The researchers concluded that those electrons were accelerated by a huge explosion from just near a black hole, which smashed away all the gas in the area to leave behind just a void filled with electrons and radiation. The explosion released five times more energy than the previous record holder.
This sort of explosion occurs when lots of matter is falling into a supermassive black hole. As the black hole spins and distorts space-time, that matter is diverted into a powerful jet speeding away from it. The jet that punched a hole in this galaxy seems to be gone now.
The energy required to create a void that large is about 10 billion times the lifetime energy output of the sun. It isn’t clear how the black hole could have produced it, especially given that it isn’t active any more.