The famous Armenian businessman and philanthropist Alek Manukyan was born in 1901, in the city of Smyrna (Izmir), Turkey. Primary and secondary education he has received in the local Armenian schools. 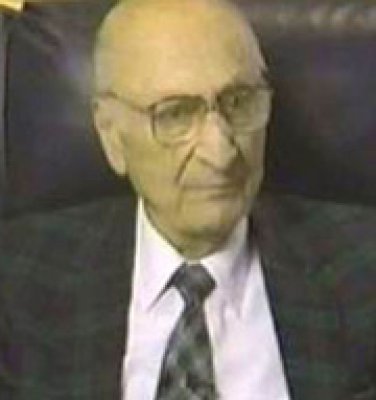 At age of 19, Alek emigrated to the U.S., and later his family joined him. First, he arrived in Bridgeport, Connecticut, where he found work at a factory and at the same time taught the Armenian language at evening classes for adults. Moving from town to town, finally, in 1924, he stopped in Detroit. He worked at the factory, which produced auto parts, and in 1929, Manukyan founded his own company, which was to become a multinational Masco Corporation.

In 1930, Manukyan joined the Armenian General Benevolent Union (AGBU) and the organization of “Knights of Vartan”. Besides, the donations in the U.S. hospitals, museums, libraries, universities, schools and other charities, Alek Manukyan and his wife Mary Manukyan founded or made large contributions in a variety of schools of national centers and churches across the Diaspora: USA, Canada, Australia, Holland, Argentina, Uruguay, Israel, Lebanon, Iran.