Businessman, (1990), member of the State Duma of the Federal Assembly of the Russian Federation. He was put forward as a candidate for presidents of Russia on elections of 1996, but has not been registered. Lives in Moscow.

General Director of the JSC Sukhoi Design Bureau. He is a Russian national of Armenian descent. In 1979 he graduated with honors from the aircraft manufacturer faculty of the Moscow Aviation Institute and started his career at the engineering plant named after where he works up till today. He started as a designer engineer and then held the posts of the First Deputy Chief Designer, Chairman of Directors Board of the Design Bureau and, eventually, General Director of the `Sukhoi Design Bureau. He is the author of 11 patents and inventions, 14 scientific papers, a Laureate of the State RF Prize in 1997 and Laureate of the Russian Government Prize in 1998, Doctor of Science.

He is a Corresponding Member of the Russian Academy of Sciences and is a Member of the Entrepreneurial Council at the Russian Government. On 31 January 2011, he was appointed general director of United Aircraft Corporation (UAC). 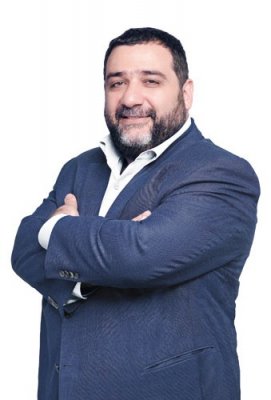 Chairman of the Board of Directors and CEO of the Troika Dialog Group. He has worked at Troika Dialog since it was founded and has been head of the company since 1992. He is an active member of many respected business organizations, notably the Russian Union of Industrialists and Entrepreneurs, where he sits on the Management Committee and is also Chairman of the organization’s Corporate Governance Committee and Arbitrator of its United Committee on Corporate Ethics.