China built the biggest air purifier in the world 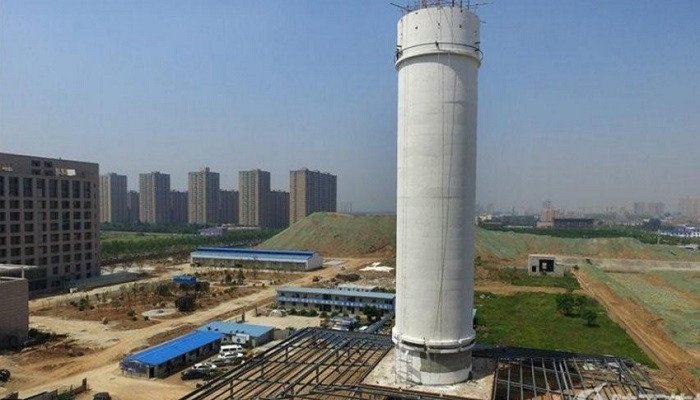 China's latest attempt to mitigate some of its air pollution is an experimental air purification tower standing 100 meters high, located in Xian in the north central part of the country, and preliminary tests indicate that it can improve air quality over an area some 10 square kilometers in size. The smog tower, which is a project of the Chinese Academy of Sciences, isn't a power hog, either, thanks to the design that uses large greenhouses at the base of it to heat incoming air with solar energy so that it rises passively through the tower's multiple filters before exiting the top much cleaner than before.
The tower, which was completed last year, is said to produce about 10 million cubic meters (353 million cubic feet) of clean air per day, with an average reduction in PM 2.5 (fine particulate matter measuring 2.5 microns or less in width) of 15% in local air during periods of heavy pollution. If the testing results continue to bear out over time, the Academy group behind the smog tower hopes to build a much bigger version measuring 500 meters tall and 200 meters wide, with the greenhouses feeding it covering some 30 square kilometers. It's thought that a smog tower of this size could clean the air for an entire small city.