15 Secrets of the White House 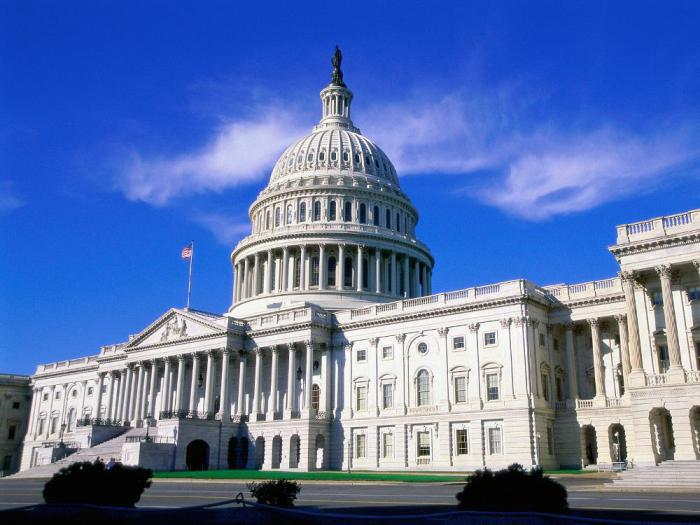 You don’t know the White House as well as you may think. With 55,000-square feet sprawled across 18 acres, 132 rooms, 35 bathrooms, 6 levels, 412 doors, 28 fireplaces, 7 staircases, 3 elevators, 5 full-time chefs, several gardens, tennis and basketball courts, a movie theater, jogging track, and more, there’s a plethora of places for secrets to hide. Just in time for the election year, we uncovered 15 of those little-known facts.

1. It has a doppelganger

Rumor has it Irish architect James Hoban based the blueprints for the White House on the Georgian-style Leinster House in Dublin, which originally housed the Duke of Leinster, and today, the seat of Irish Parliament. According to historic payroll documents, the White House was constructed by melting pot of European artists and immigrant laborers, including Scottish masons and Irish and Italian brick-and-plaster workers, alongside African American slaves.

2. George Washington never lived in the White House
Although the first president selected a site for the White House with city planner Pierre L’Enfant, chose architect Hoban’s design in a contest, and oversaw the overall construction, he never occupied the house himself. Starting in 1791, the building took eight years to complete and cost $232,372.  The final design was smaller than imagined, but still remained the largest house in the country until the Civil War. And in 1800, John Adams, America’s second president, became the first president to break in the digs.
3. The first movie screened in the White House was Birth of a Nation

In 1915, years before the family theater existed, President Woodrow Wilson hosted a screening of the D.W. Griffith film. Joined by Griffith himself and Thomas Dixon (whose novel The Clansman was adapted into the movie), Wilson praised the film saying it’s, “like writing history with lightning.” And that was just the beginning of movie nights at the White House. Jimmy Carter watched a record 480 flicks in four years at the White House—more than Reagan watched in two terms—including the first X-rated film, Midnight Cowboy, to be viewed inside the family theater. One can only imagine what his Netflix habits would look like today.

4. It wasn’t always called the White House
What’s in a name? It was Theodore Roosevelt who officially gave the White House its moniker in 1901. Previously, it had been dubbed everything from the Executive Mansion and President’s House to the President’s Castle, a title given by James Madison’s wife, Dolley.

5. 1933 was a game-changing year for the house
The White House wasn’t always wheel-chair friendly. It was only in 1933, when FDR took office, that the layout was refashioned to accommodate ramps and elevators. The then-President even added a heated indoor pool to help with his polio therapy, which was later enjoyed by the likes of John F. Kennedy and Truman. And while Nixon put an end to the fun, paving over the pool to create a pressroom in its place, the tiled walls—signed by Bono, Sugar Ray Leonard, and Anderson Cooper, to name a few—still live on. In 1997, Clinton blew it out of the water, when he had a seven-seat above ground hot tub installed near the South Lawn.  So, there’s that.

6. The White House is its own version of animal house
Before Bo and Sunny, there was Old Whitey, Zachary Taylor’s horse; Dick, Thomas Jefferson’s mockingbird that flew freely around the house; and Emily Spinach, Theodore Roosevelt’s daughter’s snake. Other creatures that have called 1600 Pennsylvania Avenue home include John Quincy Adams’ alligator that lived in the bathroom, Herbert Hoover’s sons’ two alligators that sometimes roamed free, and Calvin Coolidge’s posse that included a bear cub, two lion cubs, a bobcat, a wallaby, and a pygmy hippopotamus.

7. Living in the White House has its price
Sure, America’s commanders in chief don’t have to pay for rent, and have access to private jets, Air Force One, and a personal chef, but this lavish lifestyle doesn’t come without a price tag. Deducted from an annual $400,000 salary, the Obamas have to shell out for personal expenses, including groceries, dry cleaning, and toiletries, every month, so American taxpayers aren’t left picking up the tab.

8. The West Wing was originally intended to be temporary
In 1902, Theodore Roosevelt relocated the president’s office to a newly constructed area in an effort to separate his business from family life.  The temporary Executive Office Building, as it was called, eventually became the West Wing we know today. In 1909, Roosevelt’s successor, William Howard Taft, enlarged and remodeled the West Wing, changing the shape of the president’s office to, you guessed it, an oval.

9. Some say it’s haunted
Abraham Lincoln’s spirit still lingers at the White House, or so the spooky legend goes. Over the years, many White House guests and residents have claimed to bare witness to the late President’s ghost. Most famous is the tale of Winston Churchill, who encountered Lincoln’s spirit beside the fireplace while emerging from a bath in the buff. Churchill (understandably) refused to stay in Lincoln’s bedroom ever again. Talk about a real-life American horror story.

10. The White House basement is a city within the city
While you might already be familiar with the bowling alley, an amenity added by avid bowler Nixon in 1969, the White House basement hall is full of other treasures, including a carpenter’s shop, a florist, chocolate shop, paint shop, and even a dentist’s office.

11. The oldest remaining object in the White House is a painting of Washington
Chances are, you’ve seen Gilbert Stuart’s iconic Washington portrait. The masterpiece, which showcases the first President holding a sword in one hand and stretching over a table with the other, hangs in the East Room, where the president hosts VIPs from around the world. And that’s all thanks to Dolley Madison. Two hundred years ago, the former First Lady rescued the painting before the British troops torched the White House during the War of 1812. Funnily enough, the masterpiece was a copy of Stuart’s original 1797 Lansdowne Portrait, which even misspelled “United States” as “United Sates.” A for effort.

12. Tom Hanks gifted the White House not one, but two coffee makers
In 2004, the Academy Award-winning actor swung by the White House and noticed the lack of an espresso maker in the sleep-deprived pressroom. Shocked, he took it upon himself to buy them one. In 2010, he dropped by again (this time with Steven Spielberg), and upgraded the rundown version to a new deluxe model.

13. There was a time when getting into the White House was a breeze
Case-in-point: in 1829, thousands swarmed the mansion to celebrate Andrew Jackson’s inauguration. And it was a real rager too. The open house got so rowdy the president’s staff had to lure revelers outside with buckets of whiskey-spiked punch. At the end of Jackson’s term, the president opened up the house once again to share a 1,400-pound cheese wheel with the public. Cue a collective secret service cringe.

14. The White House is all about the environment
Barack Obama wasn’t the first president to embrace alternative forms of energy. In 1979, Jimmy Carter ordered 32 solar panels to be placed on the residence. When climate-change cynic Reagan took office in 1981, however, he did a take back and ordered the solar panels be tossed. This back-and-forth continued once again when Obama re-installed the solar panels in 2013.

15. The White House has been home to some costly high jinks
Before leaving the White House for the George W. Bush team, Bill Clinton’s aides purportedly left $40,000 worth of damage by pulling off the W key from 62 keyboards, leaving lewd phone messages, and gluing shut desk drawers. While the staffers were criticized for vandalism, they claimed it wasn’t out of the ordinary for the graduating presidential aides to pull a prank or two on the new incoming class. Former president Bush’s staff also allegedly removed the cords connecting receivers and phones and leaving threatening notes, including one that read: “We’ll be back.”