Marie Curie Has Been Declared the Most Influential Woman in History 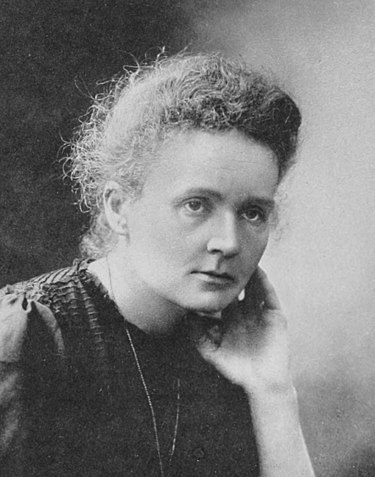 Marie Curie is famous as a history-making chemist, physicist, and two-time Nobel Prize winner. Now she's been given another title: the most influential woman of all time. Curie holds the No.1 spot on the list of 100 significant women that will be appearing in the magazine in honor of the centennial of women's suffrage in the UK. The 100 female figures were nominated by 10 experts, each representing a different field of human endeavor. BBC History readers then voted on the list to determine ranking.
The Polish physicist blazed trails at the turn of the 20th century. She discovered two new elements, radium and polonium; coined the term radioactivity; and developed a portable x-ray machine to help treat soldiers during World War II. And her achievements aren't merely monumental because she was a woman. When she brought home her second Nobel Prize, she became the first person of any gender to win the award twice. To this day, she remains the only person, man or woman, to receive Nobel Prizes for two different sciences (physics and chemistry).
Patricia Fara, president of the British Society for the History of Science and Curie's nominator, told BBC History, "The odds were always stacked against her. In Poland her patriotic family suffered under a Russian regime. In France she was regarded with suspicion as a foreigner—and of course, wherever she went, she was discriminated against as a woman."