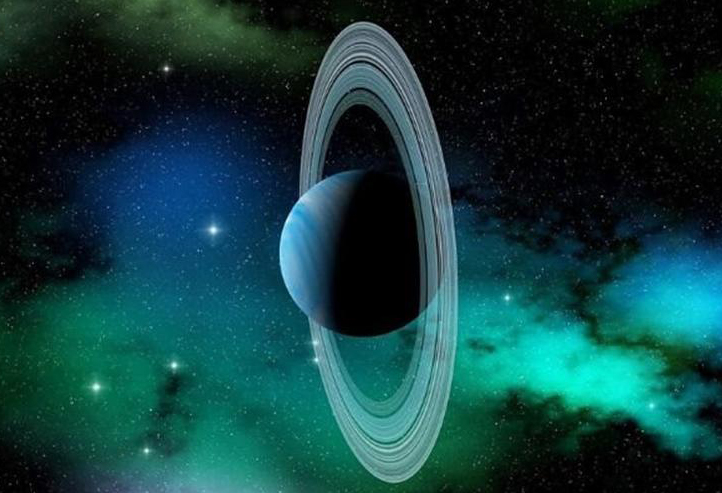 Giant collisions can account for Uranus's and Neptune's large obliquities, yet generating two planets with widely different tilts and strikingly similar spin rates is a low-probability event. Trapping into a secular spin–orbit resonance, a coupling between spin and orbit precession frequencies, is a promising alternative, as it can tilt the planet without altering its spin period. We show with numerical integrations that if Uranus harbored a massive circumplanetary disk at least three times the mass of its satellite system while it was accreting its gaseous atmosphere, then its spin precession rate would increase enough to resonate with its own orbit, potentially driving the planet's obliquity to 70°. We find that the presence of a massive disk moves the Laplace radius significantly outward from its classical value, resulting in more of the disk contributing to the planet's pole precession. Although we can generate tilts greater than 70° only rarely and cannot drive tilts beyond 90°, a subsequent collision with an object about 0.5 M ⊕ could tilt Uranus from 70° to 98°. Minimizing the masses and number of giant impactors from two or more to just one increases the likelihood of producing Uranus's spin states by about an order of magnitude. Neptune, by contrast, needs a less massive disk to explain its 30° tilt, eliminating the need for giant collisions altogether.