Earthworms will be the first colonists of Mars 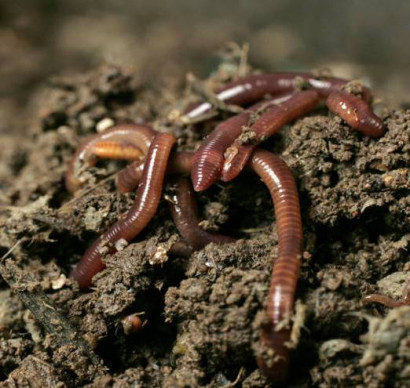 A number of conditions make Earth hospitable for life as we know it, and one of them is the soil in which we grow our food. It's full of a complicated mix of nutrients, bacteria, and fungi that allow plants to grow. By contrast, soil on Mars has been found to be sterile and full of potentially toxic compounds.
As humans race toward the red planet, how to live and eat once there will be a major hurdle. Scientists think it's possible to sustainably grow crops on Mars, but to do this, they'll need to modify the planet's dirt. Biologist Wieger Wamelink thinks earthworms may help.
At his Dutch research lab at Wageningen University, two small worms were recently born from a colony living in soil created by NASA to simulate the dirt found on Mars.
For Wamelink, who's been working in the research lab since 2013, the successful births indicate that worms digging through the simulated soil can not only live—they might just thrive. On Earth, worms play a crucial role in the agricultural cycle, and this gives researchers hope they might one day do the same thing on another world.