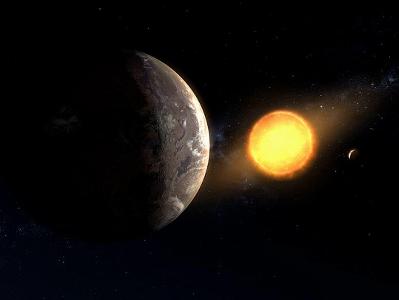 Scientists have found a potentially habitable exoplanet and its star that are more similar to the Earth and our sun than any other known planet-star pair.
The planet - which is still considered a planet candidate until further confirmation - is the right distance from its star to allow for the presence of liquid surface water. That means it could potentially host life. The Earth-like world is about 1.9 times the size of our planet. For now, the planet candidate is known as KOI-456.04. If its existence is confirmed by other telescopes, the exoplanet would join a group of about 4,000 known planets outside our solar system. Other research had previously found that the star this Earth-like planet candidate orbits, called Kepler-160, has two planets circling it. But the new study revealed two additional ones.