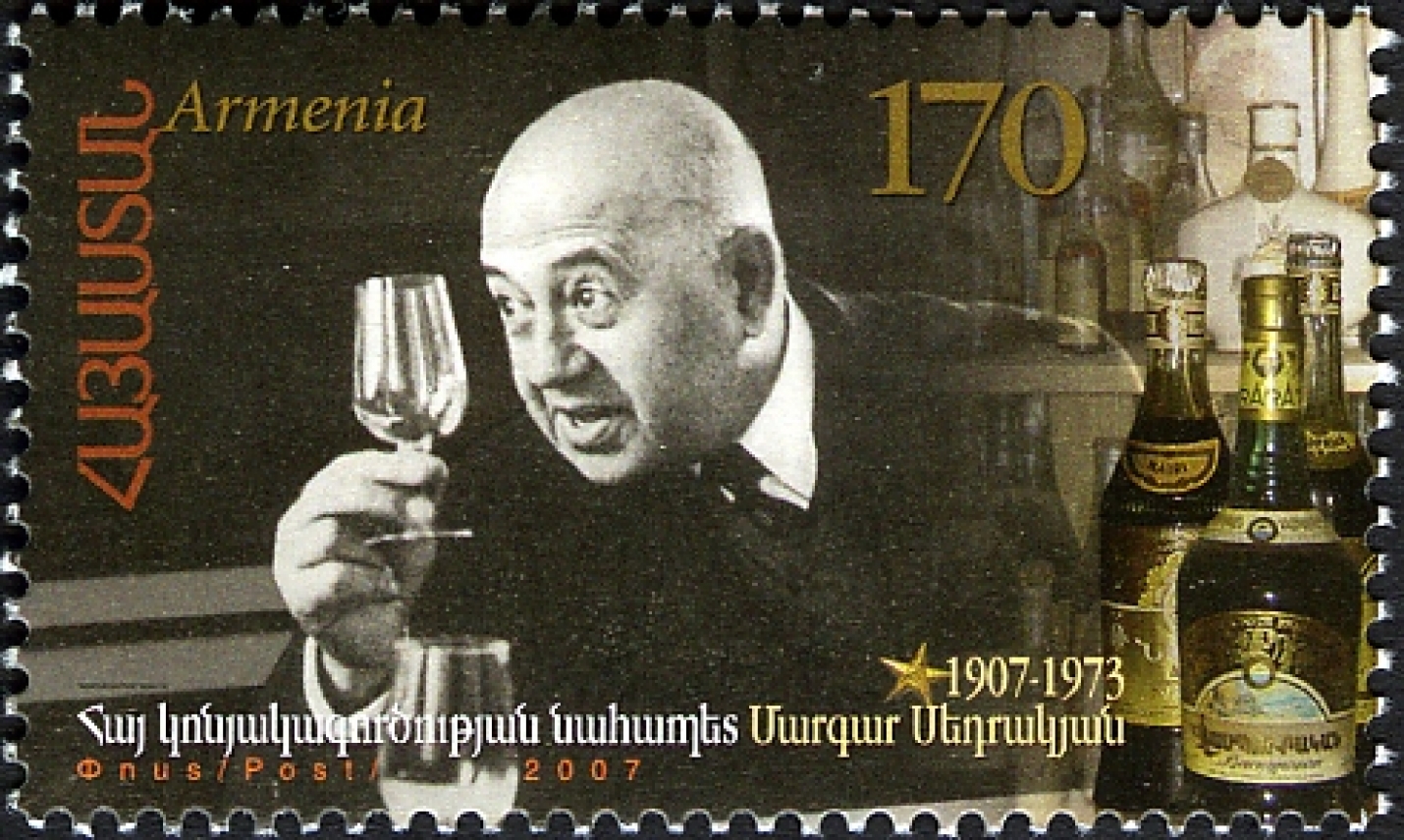 Armenian brandy’s high reputation is formed with many awards in international competitions. As a symbol of their company, they choose a bell. This is where their popular phrase comes from: “We ring all the bells presenting the Armenian cognac to the whole world”.
Another type of cognac,”Anniversary” became famous in the Soviet Union, as another high- quality cognac “Dvin”. Talanted technologist, winemaker Margar Sedrakyan made it. So they started producing Armenian cognac. This type of brandy brought many awards and a high reputationto creators. Experts called Margar Sedrakyan “A Master among all Masters” because of his high professional skills.
French newspapers wrote about him as an unknown talent. While in Armenia, Margar Sedrakyan selected places to plant good sorts of grape. Therefore cognac factory improved a lot.
But, unfortunately, after the revolution Shustov’s company collapsed. In August 1920 it was nationalized. It came back only with Bolsheviks as a factory of wine and cognac named “Ararat Trest”.
For the 1945’s summit in Yalta the factory created “Dvin”, another special type of cognac. Winston Churchill, Great Britain’s premier, liked “Dvin”. After the summit he asked Joseph Stalin, Premier of the Soviet Union, to send it to him. It is said, he had almost 400 bottles of “Dvin” each year. Being older he gave his best advice for long- living: ”Never be late for the dinner, smoke Havayan cigars and drink Armenian cognac”.